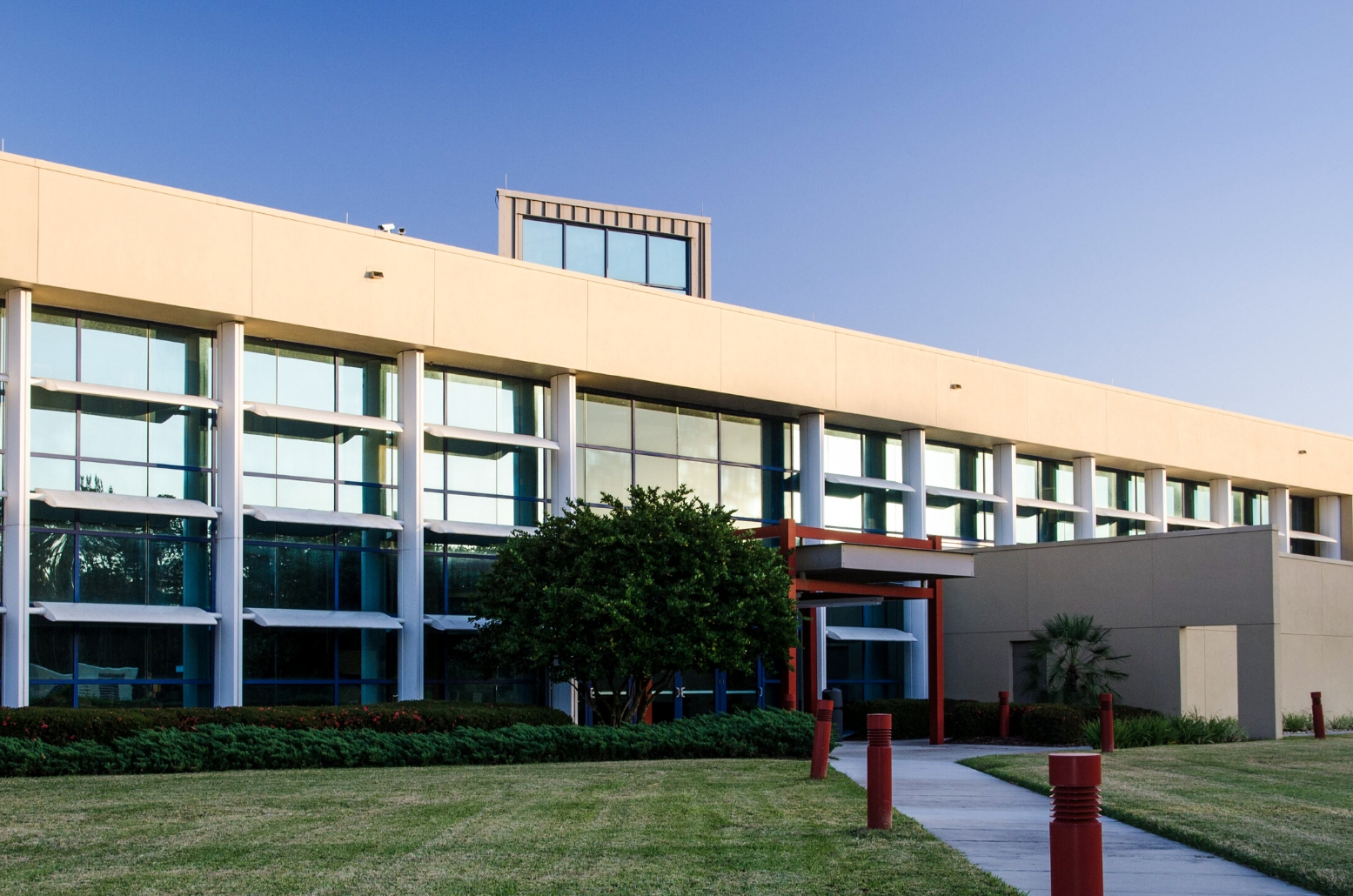 Chair, Board of Directors

Barbara Quiñones is Director of Electric Utilities for the city of Homestead. She serves as the elected Chair of the Florida Municipal Power Agency’s (FMPA) Board of Directors.Quiñones was originally elected as FMPA’s Vice Chair in January 2014. She has been a member of FMPA’s Board of Directors since 2009. She is also a member of FMPA’s Finance Committee.Quiñones has served as Homestead’s Director of Electric Utilities since 2009. Previously, Quiñones worked 26 years for Florida Power & Light in a variety of positions including Senior Manager of Statewide Distribution Planning and Design and Senior Manager of Statewide Power Restoration and Power Quality. She is a graduate of Leadership Miami.

Quiñones is active in the Florida Municipal Electric Association (FMEA) and is a past President of the association. She was named FMEA’s 2014-2015 Member of the Year. Under Quiñones’ leadership, Homestead achieved the American Public Power Association’s Reliable Public Power Provider (RP3) designation and was awarded a U.S. Department of Energy Resilient Electricity Delivery Infrastructure (REDI) Grant to improve the city’s electrical infrastructure. 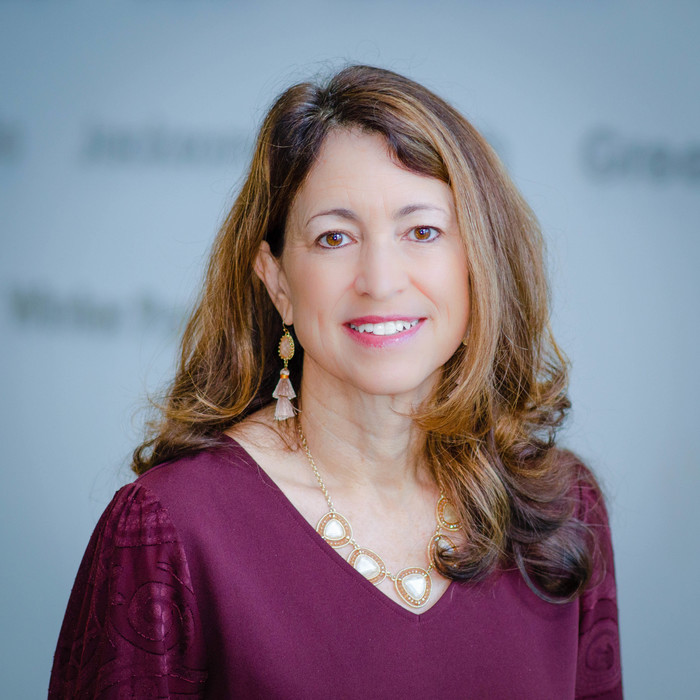 Vice Chair, Board of Directors and
All-Requirements Project
Executive Committee

Lynne Tejeda is General Manager and CEO of Keys Energy Services in Key West. She serves as the elected Vice Chair of the Florida Municipal Power Agency’s (FMPA) Board of Directors and FMPA’s All-Requirements Project Executive Committee.

Tejeda was appointed as her utility’s alternate to FMPA’s Board of Directors in 2005 and has been a member of the Board since 2013. Tejeda was first elected Vice-Chair of the Executive Committee in December 2014 and has been a member of the Committee since 2005. She previously served as Secretary of the FMPA’s Board of Directors and Executive Committee. She is Chair of FMPA’s Conservation and Renewable Energy Advisory Committee, of which she is a founding member.

Tejeda holds a bachelor’s degree in journalism from the University of North Carolina at Chapel Hill and a master’s degree in business from Regis University in Denver, Colorado. She is a Certified Public Manager and a graduate of the Berkeley Executive Leadership Program. 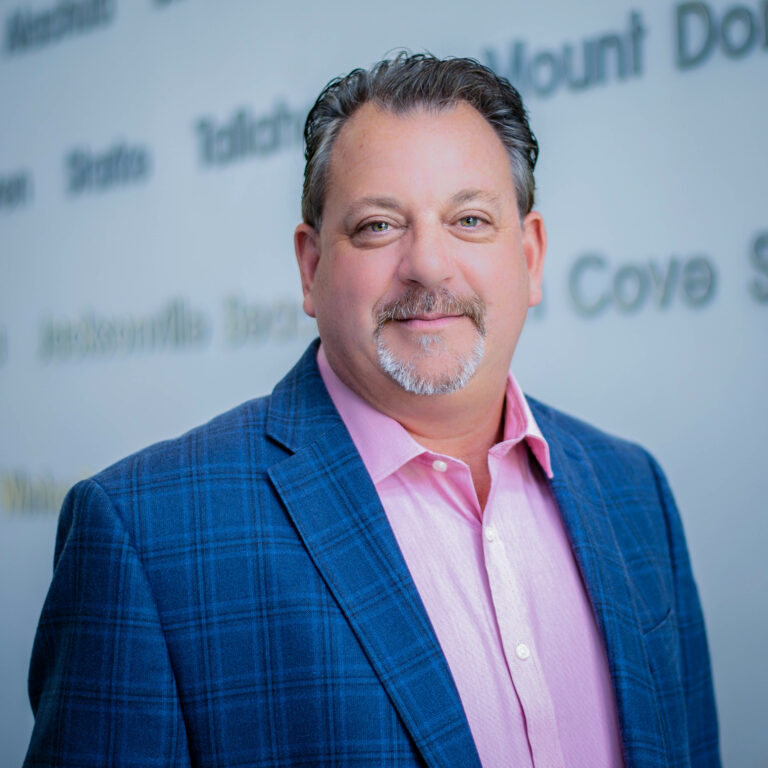 Treasurer, Board of Directors and
All-Requirements Project
Executive Committee

Allen Putnam is the Managing Director for Beaches Energy Services in Jacksonville Beach. He serves as the elected Treasurer of the Florida Municipal Power Agency’s (FMPA) Board of Directors and All-Requirements Project Executive Committee.

Putnam has served as Beaches Energy Services’ Managing Director since 2015. Previously, Putnam worked 17 years for Jacksonville Electric Authority in a variety of positions including Manager of Electric Customer Service Response and Manager of Customer Contacts.

Putnam is active in the Florida Municipal Electric Association and currently serves as President-Elect of FMEA’s Board of Directors.

Putnam holds a bachelor’s degree in management and marketing and a master’s degree in business from the University of North Florida. 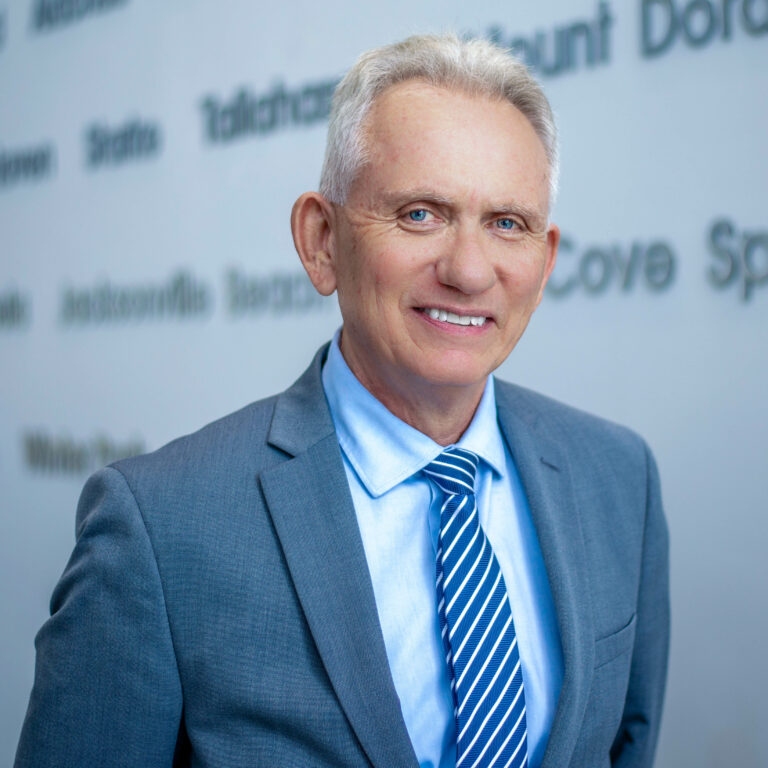 Secretary, Board of Directors and
All-Requirements Project
Executive Committee

Larry Mattern is the Vice President of Operations for Kissimmee Utility Authority (KUA). He serves as the elected Secretary of the Florida Municipal Power Agency’s (FMPA) Board of Directors and FMPA’s All-Requirements Project Executive Committee.

Mattern was appointed as his utility’s alternate to the Board of Directors in 2007 and as a member of the Board in 2014. He has served on the Executive Committee since 2011. Mattern previously served as FMPA’s Treasurer.

Mattern has more than 26 years of experience in power plant construction and operation, generation planning, environmental and reliability compliance, contract negotiations, budget planning and personnel management. He has been employed by KUA since 1991 in various positions including Vice President of Power Supply and Manager of Production.

Mattern is a graduate of Leadership Osceola County and board member for the Four Corners Council of the Kissimmee/Osceola County Chamber of Commerce.

He holds a bachelor’s degree in business management from Nova Southeastern University, and he is certified in basic and advanced power plant systems. 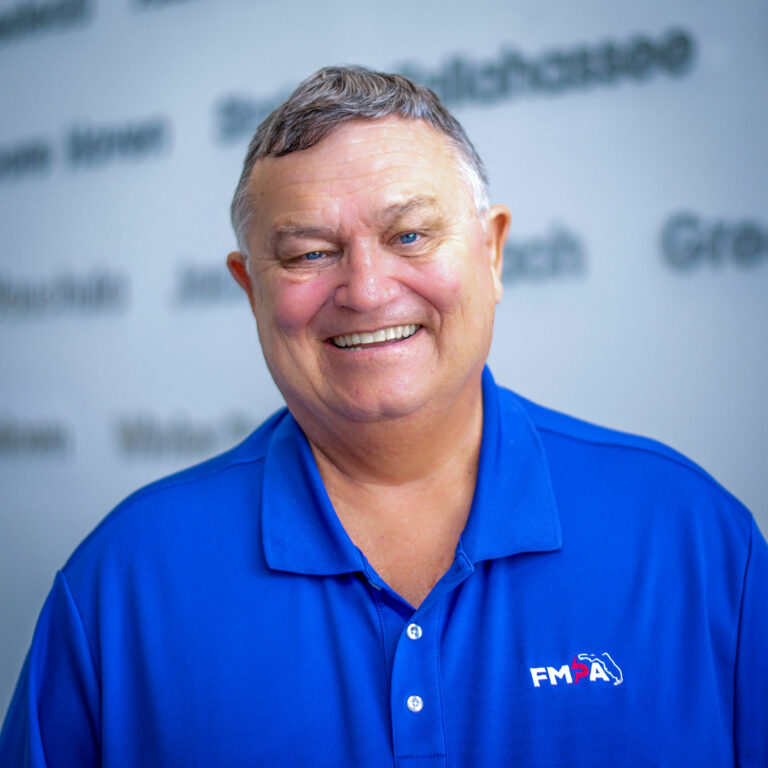 Howard McKinnon, CPA, is the retired Town Manager of the Town of Havana, and he serves as the elected Chairman of Florida Municipal Power Agency’s (FMPA) All-Requirements Project Executive Committee.

McKinnon served as the Town of Havana’s Town Manager for 13 years prior to his retirement in 2019. He joined the Town as Finance Director in 2005. Previously, he served eight years as County Manager of Gadsden County, Fla.

McKinnon holds a bachelor’s degree in finance and a master’s degree in public administration from Florida State University. 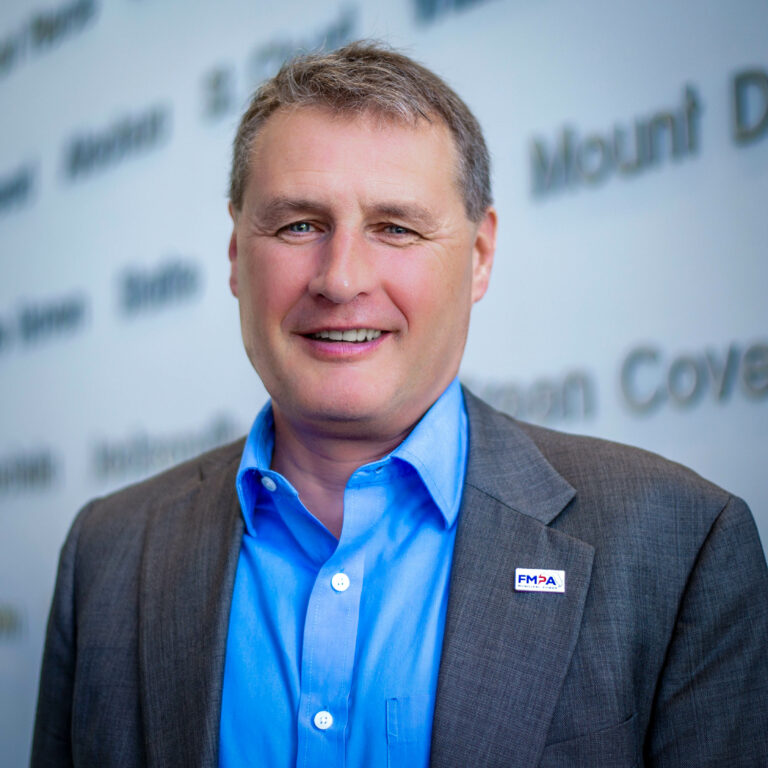 Jacob Williams is General Manager and CEO of Florida Municipal Power Agency (FMPA), a position he has held since September 2016.

Williams has 35 years of experience in the electric utility industry, including both public power and investor-owned utilities. Prior to joining FMPA, Williams served as Vice President, Global Energy Analytics at Peabody Energy in St. Louis, Missouri. He also was previously with Alliant Energy (formerly Wisconsin Power & Light).

Throughout his career, Williams has served in various positions including energy marketing, trading, integrated resource planning, and generation planning. 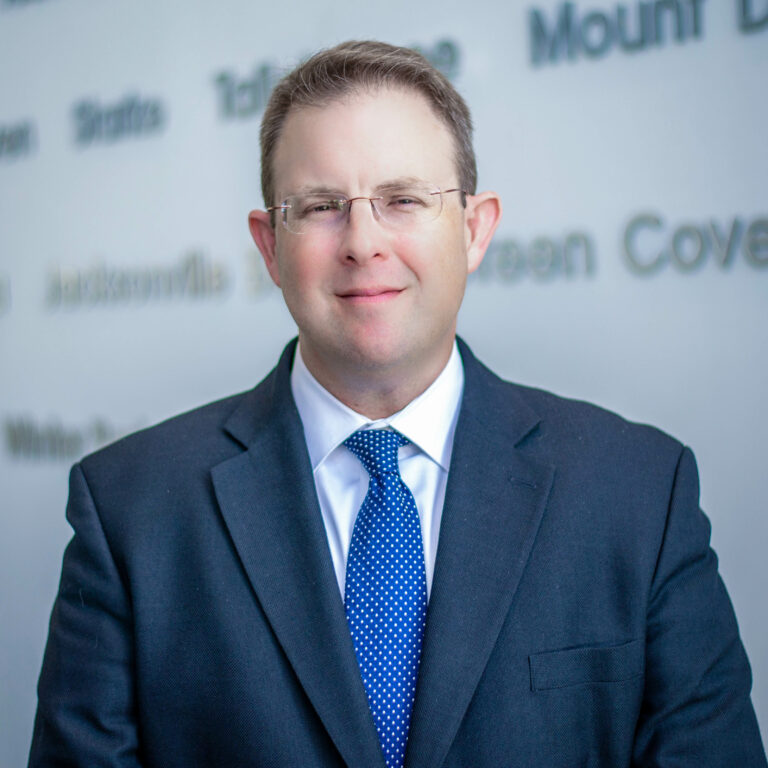 Jody Lamar Finklea is General Counsel and Chief Legal Officer for Florida Municipal Power Agency, a position he has held since September 2017.

Finklea joined FMPA in 2001 and has held several positions during his tenure. Previously, he served as Deputy General Counsel and Manager of Legal Affairs.

Finklea has more than 20 years of experience in municipal utility law. As FMPA’s General Counsel, Finklea also represents the Florida Municipal Electric Association (FMEA), as requested by FMEA and its Board of Directors, on utility issues that could impact members of both organizations. Most of FMPA’s members are also members of FMEA, so this partnership provides value to both organizations.

Finklea is active in the American Public Power Association (APPA) and served as the 2017 Chairman of the Legal Section. In 2011, Finklea was recognized by APPA as a Rising Star in Public Power.

He holds a peer review rating as AV-Preeminent by Martindale Hubble. 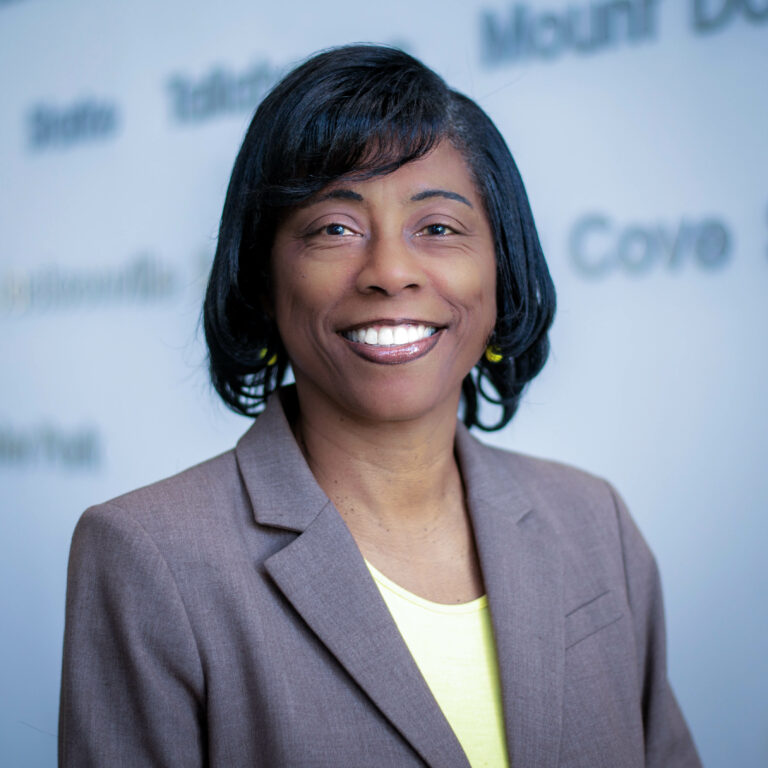 Linda S. Howard is the Chief Financial Officer for Florida Municipal Power Agency, a position she has held since September 2018.

Howard joined FMPA as Treasurer in January 2017. Prior to joining FMPA, she served as Finance Bureau Chief for the Southwest Florida Water Management District where she managed the accounting, budget and procurement functions.

For most of her career, she worked at Orlando Utilities Commission (OUC). Her 25 years at OUC included experience in accounting, auditing and supervisory roles, leading to nine years as the Director of Fiscal Services and five years as OUC’s Treasurer.

Howard has a bachelor’s degree in accounting and a master’s degree in business from the University of Central Florida. She is a Certified Public Accountant in Florida and a Certified Treasury Professional. 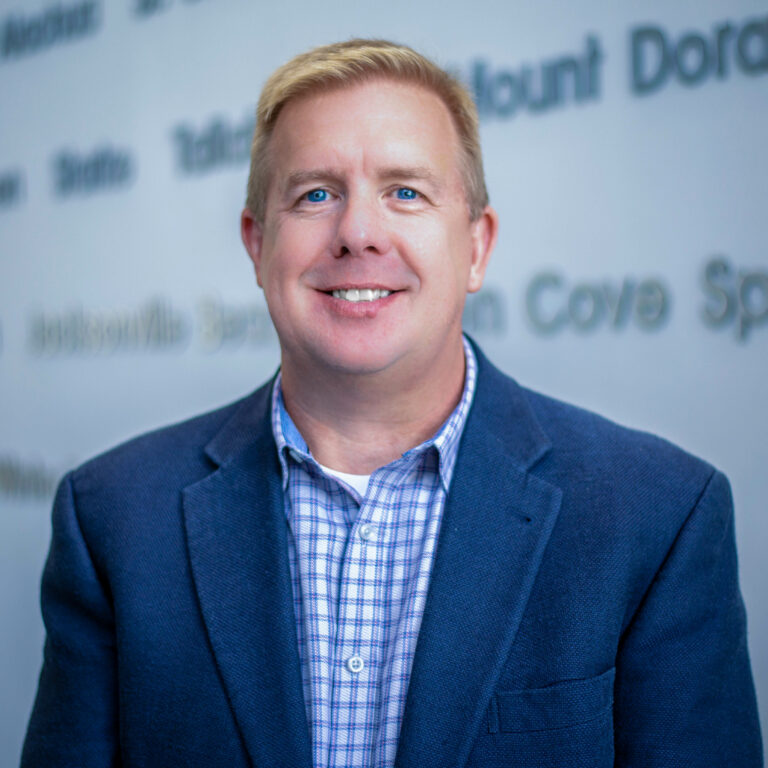 Ken Rutter is Chief Operating Officer for Florida Municipal Power Agency (FMPA), a position he has held since March 2019.

Prior to joining FMPA, Rutter worked with the Basin Electric Cooperative and Dakota Gasification in Bismarck, North Dakota, where he served for more than six years as senior vice president of marketing and asset management. Among other responsibilities, he led a team that restructured short-term power and natural gas management, as well as created many value enhancements and commercial transactions for Basin and Dakota Gasification.

He also spent more than 12 years with Ameren in St. Louis, Missouri, serving in a couple roles, most notably director of risk management and a short period as an internal auditor. 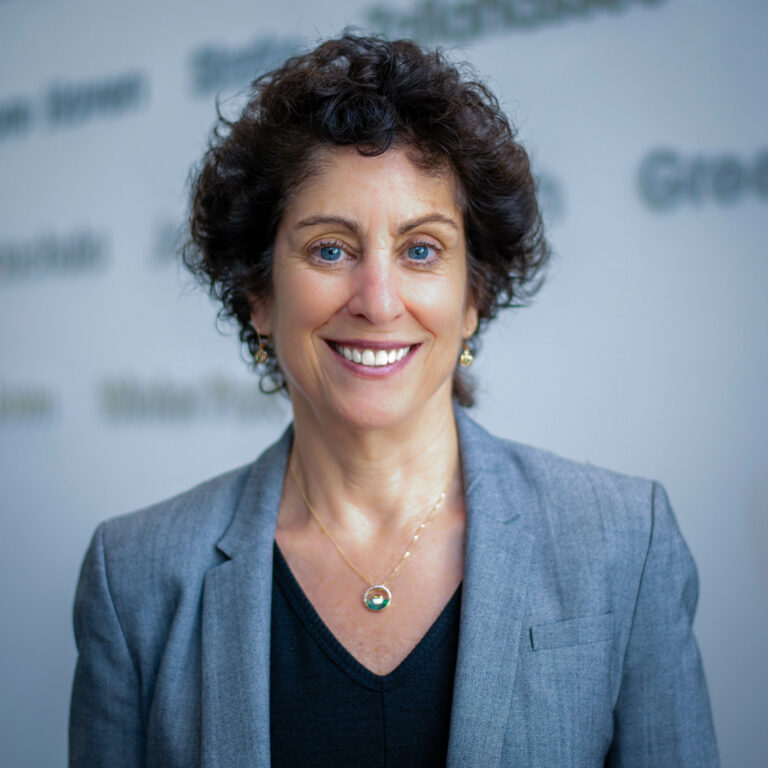 Chinn has 39 years of experience in the electric utility industry. Prior to joining FMPA, Chinn was the Chief Operating Officer at American Transmission Company. She was also formerly with the Federal Energy Regulatory Commission in the Division of Reliability and was President and Chief Executive Officer at Georgia Transmission Corp. Chinn began her career with Florida Power & Light.

Chinn serves on the North American Electric Reliability Corporation’s Member Representatives Committee and was the Chair in 2013. She is a Board member of the Transmission Access Policy Study Group and the Florida Reliability Coordinating Council. McCain has 33 years of experience in the municipal electric utility industry. He began his career with FMPA in 1986 as Communication Specialist. He was promoted in 1995 to Public Relations Manager. In 1998, he was given the added responsibilities of public affairs management.

McCain is active in professional associations and has served in various leadership positions for those organizations. He is a long-time member of the Public Relations Society of America (PRSA), the world’s largest organization for public relations professionals, and is a past President of the Orlando Regional Chapter of PRSA.

He is also active in the American Public Power Association (APPA), the service organization for the nation’s more than 2,000 publicly owned electric utilities. McCain has held several leadership positions for APPA’s Energy/Consumer Service and Communications Section, including Chairman in 1999 and Chairman of the Communications Committee in 1996.

McCain holds a bachelor’s degree in journalism from Ohio University. 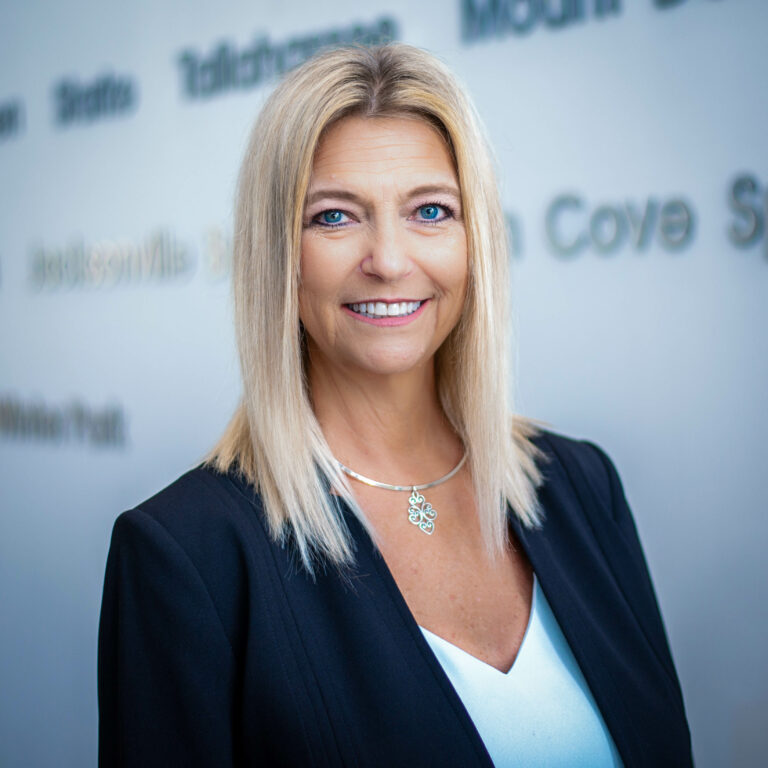 Sharon Adams is Vice President of Human Resources and Shared Services for Florida Municipal Power Agency. She joined FMPA in 2001.

Adams has 19 years of experience in the municipal electric utility industry specializing in human resources. Prior to joining FMPA, Adams worked for more than 10 years in human resources for the non-profit, retail, recruitment and placement industries.

Adams is a member of the Society of Human Resource Management. She volunteers for several Central Florida organizations, including The Russell Home for Atypical Children and Heart of Florida United Way.

Adams holds a bachelor’s degree in marketing with a minor in business administration and management from Troy University. She is a Myers Brigs Type Indicator Certified Practitioner and is certified in Compensation Design and Administration. She also has an Executive Leadership Certificate from eCornell University.

Accessibility Information | Public Record and Other Inquiries | Contact Us